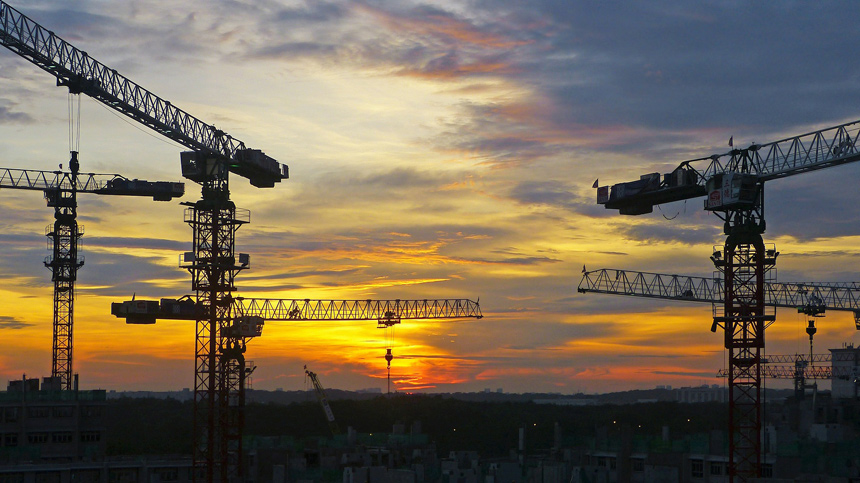 Mackay is one of the regions in Queensland that has experienced a steady rise in population over the last few years.

This is because the region’s economy and job opportunities are also booming. Right now, there are many signs that point to the continued growth of business in Mackay which will in turn create jobs.

If you are an investor or a potential home buyer, moving to Mackay and buying a home is a great idea because there is more economic prosperity to come.

The Continuing Growth of Jobs

The 12 months leading into August 2018 was proof that business is continuously growing in the Mackay region.

During this period, there were 3,900 new job opportunities created, decreasing the unemployment in Mackay to just 3.3%. Comparing this to Queensland’s 6% average for the quarter of September 2018, it means the region’s economy has grown even more during the period.

Growth in the region was fuelled by the diversified economy, which is led by the engineering resource sector and agribusiness. Industries like sugar harvest and mining in Mackay are currently flourishing.

The growth in construction, education, logistics and tourism also played an important role in strengthening the regional economy. In these sectors there are a multitude of projects that will continue to bring new job opportunities to Mackay.

The Vines Creek Bridges are important to the transport network of Mackay because they provide access for heavy vehicles to reach the Port of Mackay. Queensland committed $28 Million for the replacement project.

The new Mackay Fire and Rescue Station in Mackay City was completed in the first quarter of 2018. This new fire station replaced the old one that has existed since 1976. It’s the new home of 50 firefighters in the city and had a budget of $7.5 Million. The project generated local employment opportunities, particularly to apprentices and tradespeople.

The biofuel technology company is planning to build a biorefinery in Mackay. This project has a $50 Million budget, with $8.64 Million coming from the Queensland Government. It will create about 115 jobs for Mackay residents.

The Mackay Ring Road is a 21-km bypass route under construction, connecting the Bruce Highway north and south of Mackay. The project, which started last August, is composed of three phases and will take three years to complete. It will employ more than 600 people during construction, which will cost $565 Million.

This project will start in early 2019 and has a $3.6 Million budget that will come from the Queensland Government. It’s the government’s way of helping the Resources Industry, which contributes around $1 Billion in salaries and wages to workers annually.

This multi-facility precinct is a joint project between Mackay Regional Council, CQ University and various Mackay sporting associations. It was completed in February 2019.

This $4.61 Million project to redevelop the Mackay Showground in the CBD. This project will include the construction of an undercover equestrian arena, new grandstands, kitchen installations and water main relocation.

Other job-generating projects in the region include the construction of the new Mackay Region Visitor Centre, Sarina Field of Dreams Parkland and the Mackay Skate & Wheeled Sports Plaza.

Benefits of Living and Working in Mackay

The continuous growth in job opportunities in Mackay is not the only reason people have been flocking to the area. Mackay is also one of the few regions in Queensland that has lower house prices compared to other coastal cities like the Gold Coast and the Sunshine Coast. If you are a first-time property buyer, you’ll find it easier to save for that 20% deposit.

The city also boasts vast areas of natural attractions. Its great coastal location gives Mackay 31 brilliant beaches including Bucasia Beach and Eimeo Beach; a pristine rainforest hinterland in the Pioneer Valley, and a picturesque blue river called the Pioneer River. Mackay will also give you easy access to the world-renowned Whitsunday Islands – a group of 74 pristine islands located right at the heart of the Great Barrier Reef.

The Waters Ooralea: Your Home in Mackay

As the job market continues to grow in Mackay, the number of reasons to choose the region to settle in grows with it. When it comes to property developments, there’s no better place to go to but The Waters Ooralea, a master-planned residential community close to the Paget Industrial Precinct which is yet another area that offers plenty of job opportunities.

The Waters Ooralea is just 10 minutes away from the Mackay CBD, which makes it an ideal base for professionals and employees.

Call us now or browse through our website to learn more about this brand new estate or view the amazing range of house and land on offer at The Waters Ooralea in Mackay.